The 2010 end-of-year CAWA BBQ was a great success despite the rather cloudy and cold conditions.

About 20 people turned up to boulder, err… swim, sit around (or rather stand) and chat, and consume large amounts of snags, steak, veggie burgers and other consumables.

The new CAWA T-shirts and tops were available, although there seems to be a bit of a problems with some of them – see the previous post.  Similarly, a number of people bought copies of the new edition of the CAWA Perth Climbing Guidebook. 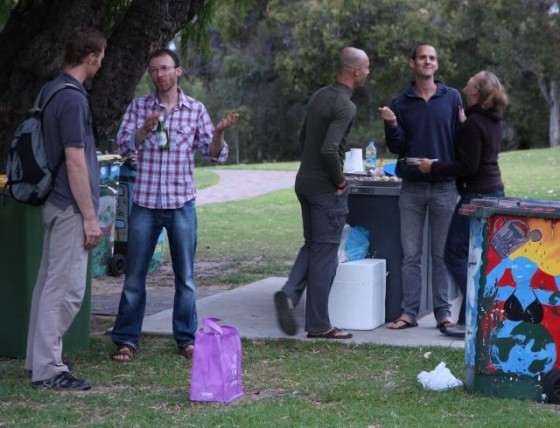 The next CAWA event will be a Gym Crash on the 7th of December.  For more details, see the post on the Events page.