The 2017 CAWA trip to Kalbarri was held over the WA Day long weekend in June. Remi, Elizabeth, Mark, Debbie and Anna set off in convoy on Friday morning from Perth, stopping at Jurien Bay for lunch where we met Benjamin, who was about to have his first climbing experience at one of the best climbing destinations in Western Australia. This group, plus Andrew, the keen boulderer from Geraldton, arrived at Murchison House Station in the evening and set up camp next to the river. Andrew won our hearts by promptly and efficiently making a fire and we settled down to drink, eat and toast marshmallows, all the while accompanied by a splish-splosh soundtrack of fish mysteriously jumping about in the river below.

By Saturday morning we had been joined by Kate, Bruno, Jorge, Squeak, Craig and Antony. We set off for the Z-Bend and hiked into the gorge, complete with two bouldering mats, the largest of which was imposed on newcomer Benjamin in something resembling a bizarre initiation rite. Luckily, he had come equipped with fully two litres of milk to help him endure this ordeal. For some of us the day was spent at the Adventure Wall where top ropes were set up on “6-9=3” and “Peanut Butter and Jam” for some of the less experienced climbers to have a dangle around. Remi led “Hmmm…” and gallantly belayed at least three people up after him. Meanwhile Mark and Elizabeth played around on “Rattler”, with varying degrees of success. The youngest member of the party, Anna, fell, fully dressed, into the river. 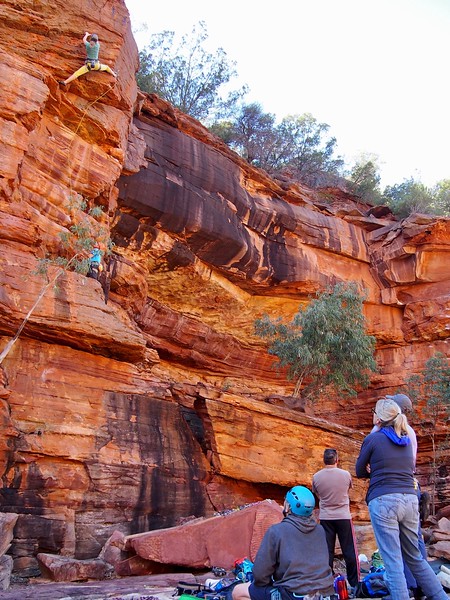 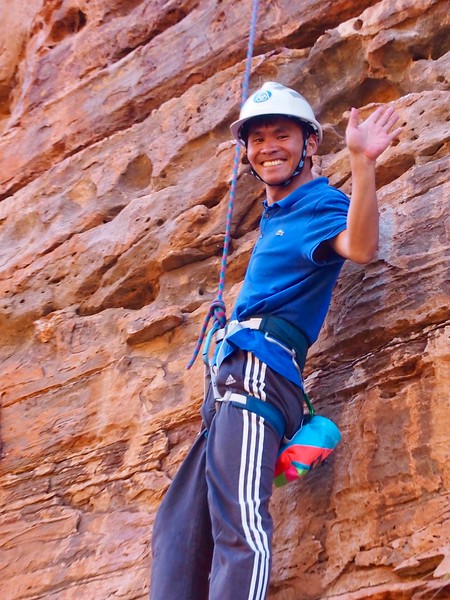 The evening was spent around the campfire, cooking damper and discussing the pitfalls and tribulations of a certain online dating service. Poor Antony, who had spent the day lying comatose on the gorge floor, returned from the Kalbarri hospital with a diagnosis of bowel infection and some pharmaceuticals. Benjamin had left us to embark on a sadly fruitless fishing expedition. 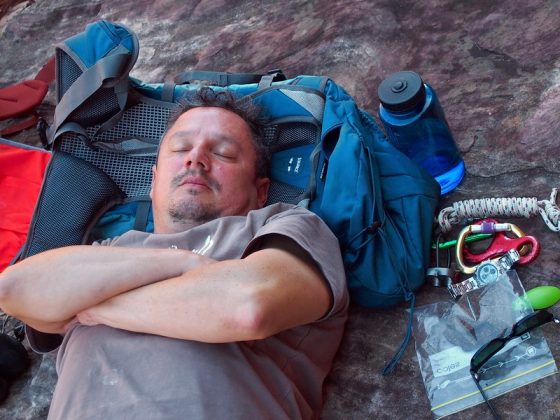 Day Two of climbing saw us turn right at the bottom of the descent gully into the gorge and make our way to the Phantom Wall. Remi set up some top rope anchors on some of his ridiculously sandbagged routes in order to make everyone feel dejected while Mark led “Wombat Amnesia”, followed by Andrew, who made some very strange noises and left a creditable amount of blood on the wall but arrived at the top convinced, we think, of the merits of climbing rocks that are bigger than boulders. While Remi put on his mountain guide cap once again and belayed Craig, Debbie and Squeak up “Wombat Amnesia”, Elizabeth exhausted herself on Scoops of Fruits (20) and decided that she definitely didn’t want to lead it, followed by Kate and Mark who were of the same mind. We watched Bruno and Jorge  struggling to place gear on “Flipping Berries” (allegedly 18) as they loudly cursed the man who had established the line. 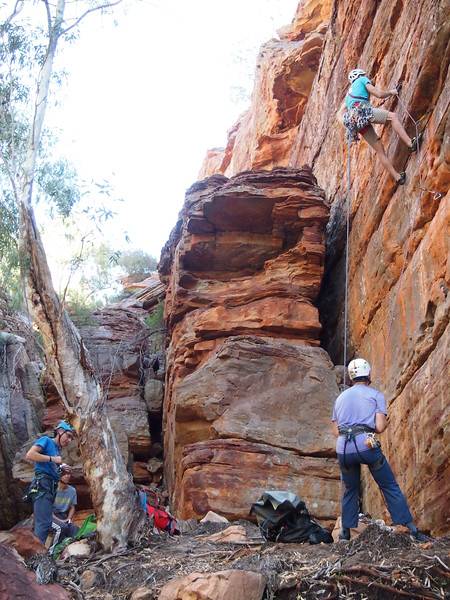 Remi sandbagging himself on Flipping Berries 18*

Next on the agenda was a quick skinny-dip in the nearby swimming hole before hiking out of the gorge towards dinner and beer. That evening was spent being entertained by the hitherto unrevealed talents of Bruno, who, it turns out, has a certain amount of skill in the art of animal imitation. Urged on by the exhortations of the expedition’s 8-year-old, he gave us impressions of almost every imaginable beast, from butterfly to numbat to onion mite.

On Monday morning we broke up camp and set off south towards Perth via Geraldton, where most of the crew reconvened one last time for burgers. On the journey home, outgoing CAWA president Mark and family took their last opportunity to visit the Pinnacles before leaving WA, and Elizabeth and Remi tagged along.

The predominant revelation of the weekend was that Remi, our trip organiser, has missed his vocation as a climbing guide. His enthusiasm for, and knowledge of climbing in Kalbarri is possibly unparalleled and his patience and planning helped made the weekend enjoyable for everyone. 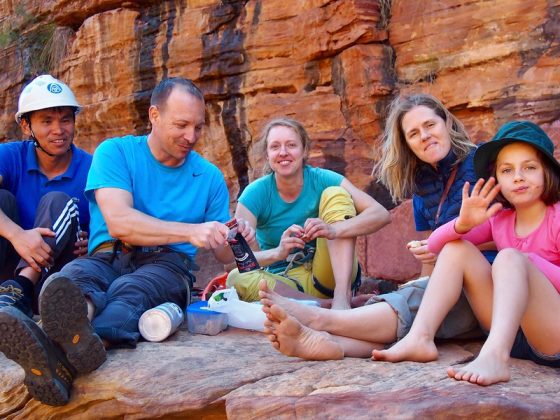 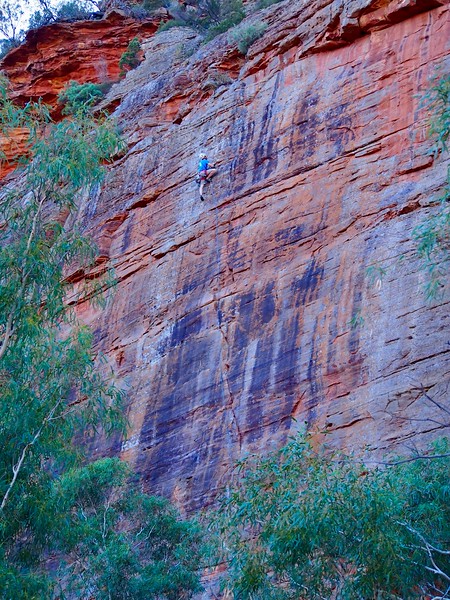