By Dirk Klicker5 February 2019No Comments

On 12 December 2018, the Shire of Augusta Margaret River (“the Shire”) resolved to chop the bolts at Wallcliffe and to ban public access.

Therefore, the Shire currently maintains that climbing at Wallcliffe is banned.

The Shire Rangers are authorised to issue infringement notices and to confiscate climbing equipment in the event that climbers are found climbing at the crag.

The result of this decision is that we have in WA regrettably lost an iconic and irreplaceable crag in circumstances where the amount of climbing in WA is already limited.  This is a wakeup call to the WA climbing community.

The minutes of the ordinary council meeting of 12 December 2018 were published on 18 December 2018 and a copy can be downloaded from the following link:

A full transcript of the deputation made on behalf of CAWA is below.

The behaviours that the Shire used to support their actions were as follows:

Climbing outdoors is not a right but essentially a privilege that can be lost at any moment at any crag.

There are currently situations where crags are at risk of being lost in Australia and overseas.  They are having some serious issues in the Grampians.  According to the Access Fund US, 1 in 5 climbing areas in the US is threatened.

It is up to every climber take all reasonable steps to ensure that their conduct outdoors is such that the risk of losing a crag, especially when the number of climbers heading outdoors is steadily increasing with the popularity of climbing set to skyrocket in the next few years.

Climbers heading outdoors should be familiar with and adhere to the following: 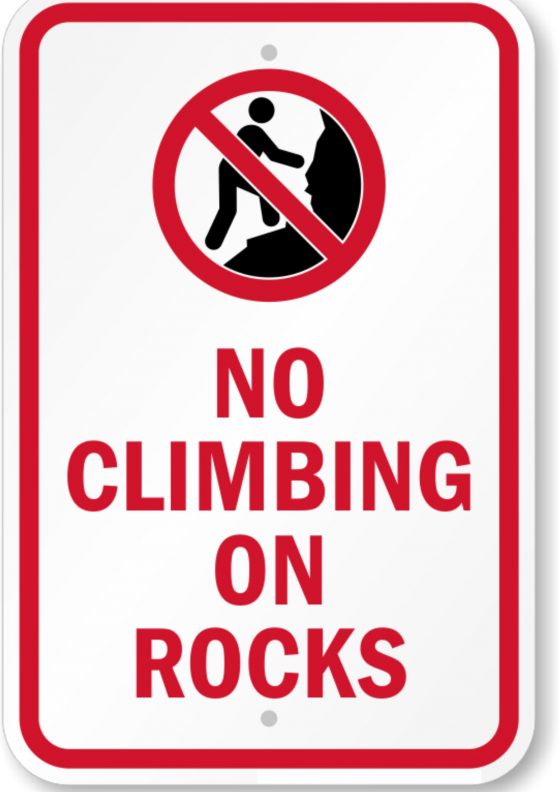