The camp was very multicultural, with imports from England, Scotland, France, Belgium, Germany, the Czech Republic and Spain, to mention but a few. There were even a few token Australians there. Fortunately Graham speaks most languages known to humanity and was on hand to provide translations. 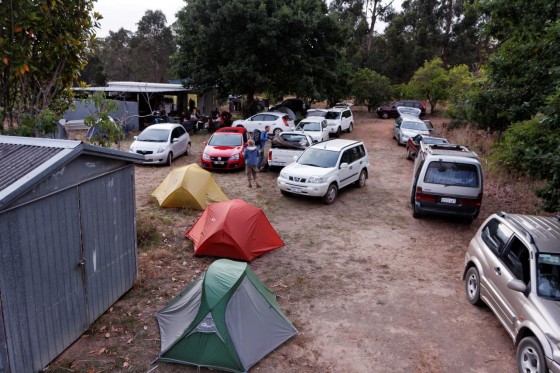 The focus of this trip was The Gap area, Blowholes and Peak Head, as there was a shortage of 4×4’s capable of doing the West Cape Howe trip. The one main trip to the Cape resulted in lots of very tired and dust-covered van de-boggers returning to camp late in the evening saying that they were never going to push Kevin’s four-wheel drive van ever again through soft, or any other, sand.

The Gap and Blowholes provided plenty of excitement, with the ranger telling climbers to get out of sight of the tourists, climbers wandering through scrub searching for non-existent tracks, and Richard leaping to the rescue of plummeting children while the parents stood around waiting for the children to plummet. Actually, the ranger was generally helpful and it was his arguably justifiable concern for the bumbly tourists that was the issue. 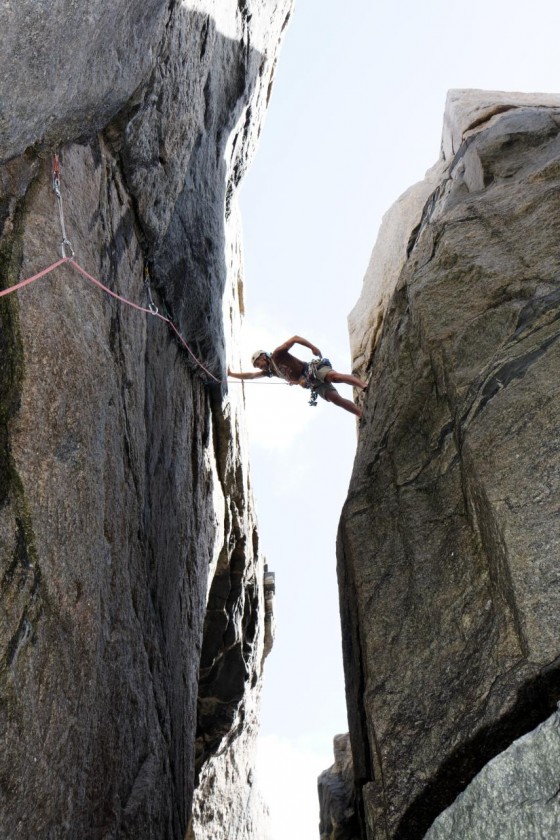 Remi doing a very impressive lead on 'Laughing Matter' (19, 15 m) at The Ampitheatre.

At Peak Head, Albatross and Baylac Direct were very popular as usual. Ross bolted two more pitches of his climb, ‘Transformer’, which he started last year with Dena. Ross lead the two new and the fourth pitches while I did my best not be blown off the lead on the third pitch. It’s a great climb and for those that want a real adventure at a harder grade than the usual and it’s certainly worth the effort. Pitch 1 is a fairly solid 23, the next three pitches coming in at 22, 19 and a 13. 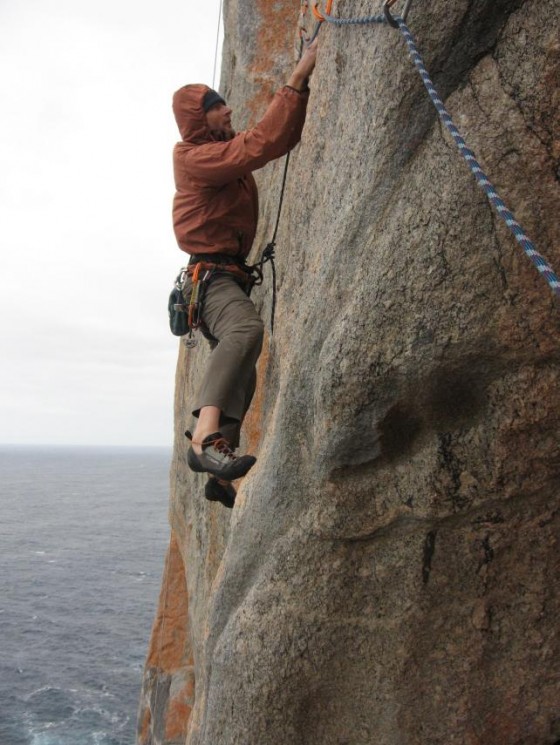 The other new route that went up was on the Philosopher’s Wall at the Blowholes. Two large flakes with a small semi-detached flake connecting the two seemed an obvious line to me. It’s only a short climb, but it was a bit of fun and good practice for cam placements. Francis suggested the name ‘No fat bastards’ as he was afraid that if some fat bastard pulled too much on one of the flakes, the whole thing would come off and guillotine the climber and belayer. Maybe that’s why no one had ever bothered to put a climb up there before.

Brian leads ‘No fat bastards’ (21, 12m) at the Blowholes, while Phillip, Richard and Francis look on.

New Year’s Eve was celebrated, as usual, at the Golden Town Chinese restaurant, where I counted 23 people at our table. There were no other customers in the restaurant after we all took over. When the electricity failed, the place was soon lit up by a dozen or so head-torches and a couple of candles stuck on to straw mushroom tins. Who else but climbers would be so prepared? 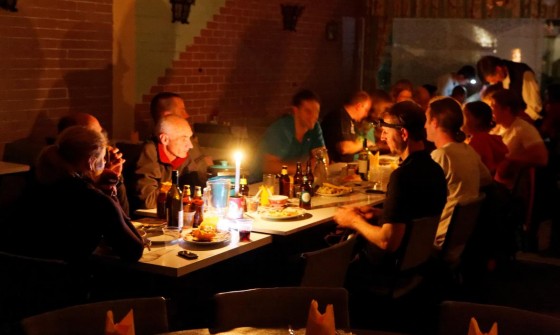 Dinner by candle-light and head-torch light.

On the way back to Uncle Don’s, a quick visit was made by some to Dog Rock. It was quick, because while the first police car just slowed down and then took off, the second one stopped. (Meggs, we needed you there!) 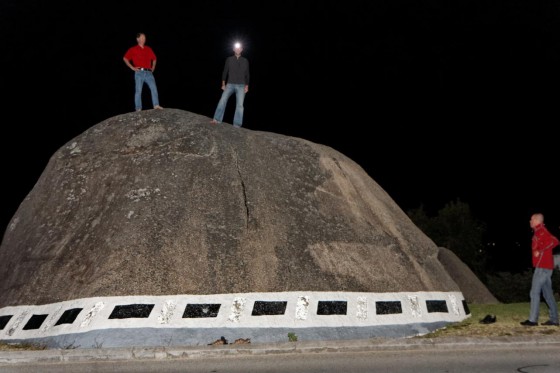 Dog Rock a minute before the local cops arrive…

The next stop was The Spider Web and the skateboard track.  Lacking a skateboard didn’t phase anyone and a number of cool tricks were done on the track. 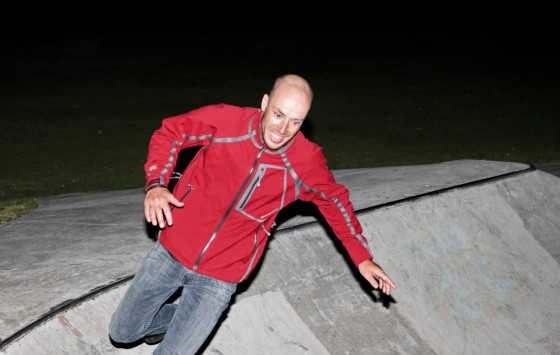 Who needs a skateboard when Mario is around?

Those still out then we rushed back to meet the others back at Uncle Don’s for the final midnight countdown. Kelly organised the testosterone- and alcohol-fuelled party-games. Games that I didn’t play when I was 12 years old and ones that I still don’t play now. Luckily I had locked away the bush-chopping machete, pitchfork and net and there were no lions available, otherwise I’m sure Kelly would have organised gladiatorial-style combat for her amusement. 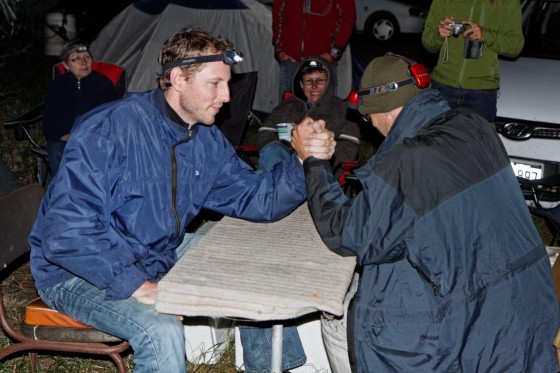 Francis and Graham battle it out. Angela has a front seat while Delphine’s mum wonders what the hell she has got herself into.